Advice on Paddle Boarding The Salt River In Arizona

Arizona has a diverse landscape that encompasses deserts, rivers, waterfalls, canyons, animals and plants like the Saguaro Cactus. If you are visiting this great state or are even from here then you need to try paddle boarding the Salt River at least once or visit one of the recreation areas.

What you might see while on the river is one of the many animal species that call this home like the Bighorn Sheep, various fish, river otters, birds and of course the wild horses. Combined with canyon walls, lush bank vegetation, and a few rocky beaches help to make the river a special place for anyone to spend their time.

Before you plan your paddle boarding trip, check out the info below to help make it easier for you. Trust me, you don’t want to get out on the river and wish you had more water, new what stop to get off at and more.

A Little History About The Salt River

Yep, the nerd portion of me is coming out for you to tell you a bit about this area before you go paddle boarding the Salt River. Anyone who visits the Phoenix area needs to explore this river at least once to see why this is a popular destination for Arizonians.

First, the best part is the animals you might see along the river. Home to River Otters, Bass, Bighorn Sheep, Turtles, Raccoons, Blue Herons, Bald Eagles, and my favorite the Wild Horses. Can’t paddle the river but still want to see some of the wild horses then try Coon Bluff Recreation Area. It is the best place to see them, but try for earlier morning or towards the evening.

In fact, it is believed these wild horses are descended from Spanish horses from the 1600’s. A man named Father Eusbeio Kino was supposedly the one who brought them over. It is estimated that there are around 300 wild horses the call the Salt River area their home today.

The second thing you should know is how the river came to be. A confluence of two rivers, the White and Black in the White Mountains is what helped to form the Salt River. Throughout its meandering path, many perennial streams help to feed the river. Interesting enough the river almost stops and is diverted to the Arizona canal system at the Granite Reef Dam area. Onward it is dry most of the year, except with heavy rainfall, which will see the water joining the Gila River eventually.

Thirdly, the river is important for irrigation, which has been used since 300 AD with the Hohokam Native American Indians. Over the years, dams and other projects have made it an important part of Phoenix. Now it also is home to countless individuals who use it for recreational purposes.

Where To Go When Paddle Boarding The Salt River

Depending on the time of day, what season it is, and how far you want to go when paddle boarding the Salt River, you will need to discuss it in order to pick the right spot to start in. No matter what time of year, there is almost always a part of the Salt River that you can paddle board. Below are a few spots to consider and what you need to think about before committing to it. Wherever you plan on starting, you will get to enjoy the river and what it holds.

The Goldfield Ghost Town near Superstition Mountains in Arizona gives you a look and feel on what an old gold mining town was like in the 1890’s. From a mine tour to wathcing a gunfight in the middle of town, this is one of the places that shows a bit of the history that made up Arizona in the Wild West days.

This is the popular spot to start at for most who want to paddle board the salt river. Unfortunately, Granite Reef is a small area when it comes to parking. If you can’t find parking, then try the area along the outer road, as long as there is no “No Parking” sign.

Only have one car, then this is the perfect place to go. You will be paddling up the river and can go at your own pace since the water current is slower. Make sure to take advantage of the bathrooms they have and the picnic tables to eat a snack to recharge.

What To Known Before You Start At Granite Reef

If you have ever experienced the popular Salt River Tubing down the river during summer, than you will know of stop #1 or otherwise known as the Water Users Recreation Area. If you have never been here, then it is below Saguaro Lake, along the SR 87 Beeline Hwy. What you will find is a large parking lot, with various people that use it as a start point to go down the river. It is also where the Salt River Tubing Bus dose it first drop off for the tubers.

If you wish to start at this point, then try to start before 10 a.m. before the tubers become more abundant, especially during the summer months. Make sure you have either rented the correct paddle board with a smaller middle fin or take yours off. You will encounter a few sections with lower water levels where a longer fin might hit rocks.

In addition, many parts you can stand up and enjoy the river, but on the faster rapid sections, it is wise to either kneel or sit if you are not experienced enough. Below are some facts to help you decide where to start, get out and the most important rule when starting at the beginning.

What You Need To Know When Starting At The Beginning

Don’t have a paddle board and want to rent one then try checking out No Snow Stand Up Paddle Board Shop, which is only a 5 mins drive from the Salt River. They are friendly, knowledgeable, and have a great selection of boards as well as kayaks.

Want To See The River In A Different Light? Then try going down it at night. Yes, I said it. Going down the river at night is pretty awesome, since you know most of the animals in the desert are nocturnal. But if you do this be cautious. Do it when the moon is full for the extra light, only during summer, and when it is very hot. You do not want the water to be cold. Take headlamps and always tell others where your group will be.

Other Places To Paddle Board

Don't Forget To Pin For Later!

Have you already tried paddle boarding the Salt River in Arizona and have any other suggestions? Let us know in the comments.

The information on this website has come from research and by experiencing it ourselves. Opening hours, closures, prices, etc. are always subject to change. We try to keep up to date on any new information, or tips to help make your adventure more enjoyable.

Always make sure to check all websites and other services  before you go to see any new restrictions they haven place during Covid-19. 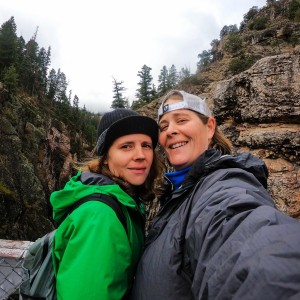 My name is Shannon Curtis and I grew up in Southern California with the beach on one side and mountains on the other. My education background includes a B.S. In Biology with emphasis on conservation. I have been fortunate enough to have had the ability to work with rescued marine animals with the Los Angeles Conservation Core as well as participate in the research with CSULA. With my wife, Cam, we travel the world as much as we can and with it try to share the knowledge that we learn. Our love for spur of the moment trips started with 36 hours in Hawaii and have continued since. Along with my travel blogs, we share as many photographs on Instagram and info on YouTube. If you ever see us in the world, come say hi!

Facts On The Popular Camelback Mountain Hike In Phoenix

If you are visiting the Phoenix area or are even a local and haven’t checked out the Camelback Mountain hike yet, then it is finally time. Well, that is for the more active individuals who think they can do a moderately hard hike. Considered as a “must-do” for anyone who wants to see the view of the Phoenix valley. Not only that, but you will get the chance to experience Earth’s driest biome and see some of the flora that calls this desert landscape, home.

The Goldfield Ghost Town near Superstition Mountains in Arizona gives you a look and feel on what an old gold mining town was like in the 1890’s. From a mine tour to wathcing a gunfight in the middle of town, this is one of the places that shows a bit of the history that made up Arizona in the Wild West days.

Weird Laws In The US National Parks & More

When you’re traveling through some of the National Parks and wonder if there are any weird laws in the US or rules you don’t know, then make sure to check out this article.

Take a look at the best scenic drives in Arizona. A majestic landscape awaits you with 6 of the best drives to take to see all what the state has to offer.

This site uses Akismet to reduce spam. Learn how your comment data is processed.

Please note that you will find some blog post on Adventures Of WifeSquared to contain affiliate links. What this means is that I may make a commission on any purchases you make through these links. This will no affect you or add any extra cost.

Adventures Of WifeSquared participates with Amazon Services LLC Associates Program. This is an affiliate advertising program for sites such as mine to earn advertising fees or a commission by linking and advertising Amazon online products. 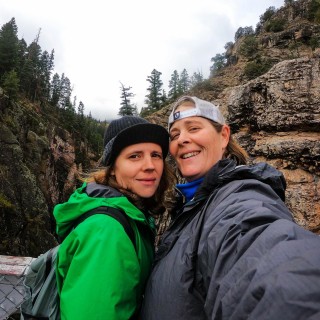 My name is Shannon (37) and I grew up in the Los Angeles area, moved to Las Vegas for a few years and finally made my way to Phoenix, Arizona. This was the city, Camilla, lived in and thus, where we ended up living in. Since a child, I have had the pleasure to travel to 44 of the 50 States in the U.S. for summer vacations due to awesome parents who loved to travel. From these trips, I grew a love of adventure and exploration. This increased to flying to different parts of the world when I met my girlfriend and future wife, Camilla. With a B.S. in Biology (emphasis on environmental conservation), my wife and I try to travel with ecotourism and the protection of the countries environment being factor when choosing places. In the past I have worked with rescuing marine animals, like Horn Sharks to a juvenile Black Sea Bass from Power Plants to be rehabilitated and released. Another was hiking the hills of Griffith Park in Los Angeles, looking for the Western Grey Squirrel. We would like to help other traveler's with inspiration and information on how to make unforgettable memories when exploring what the world has to offer. With over a decade of experience traveling, we can offer stories, advice, guides, and more. There is never a trip that doesn't involve some change of plans when you also have Tourette's Syndrome. Makes for a fun conversation or interesting changes of events. Along with the travel blog, Adventuresofwifesquared.com, I shares as many photographs on Instagram, pins on Pinterest, and vlogs on YouTube. If you ever see us in the world, come say hi!